One project that worked extremely well in its entirety is the series about the spa hotel and complex of Schruns in the Vorarlberg region of Austria. Built in the early 1950s this institution had grown by the 1970s into one of the most famous and finest therapeutic spas of its kind. But its turnover began to fall, and since 2002 the complex of building has been empty and deserted, the atmosphere is almost spooky. Even the owner just vanished, overnight, leaving his Porsche parked outside. Many rumours abound as to where he could be and speculation has been rife about what will happen to the complex. Now the plan is to demolish it.

This place, with its unspoken stories, was predistined for photographer Marko Zink: Out of it he created a series of provocative images, putting his finger on the paradox of a crumbling therapeutic institution – the »doctor« had become the patient.

In these searching images he captures a transience that is independent of the motif, thanks to his special photographic technique.

An arm hangs over the side of a bed, over there someone stands behind a curtain. There is a fleeting glimpse of a glamorous past that quickly dissipates into the sadness of negelct and piles of abandoned furniture. A private tragedy in Zink’s own life (…) may also have contributed to the intense melancholy in this series. Vitality and death lay very close together in the artistic concept – reality underpinned it with pitiless force.

The rooms displayed in Zink’s pictures appear empty and abandoned, but is that what they really are? If we take a closer look, irritations appear everywhere. Here is a hand, sinister and almost ghostly; there is a foot, a back, an arm, a bottom. Naked limbs emerging from behind tables, under duvets and carpets, bodies are half covered by open doors, shadows are looming behind curtains, fingers reach for the doorknob or through a door crack, arms passively hanging from the edge of a bed or lying on the floor, almost dead. Zink captures the spirit and the atmosphere of the old health resort; at the same time though, he reacts to the place and intervenes in a subtle way. It is the human bodies that take possession of the room, they change it and, thereby, influence how we perceive it. The room appears emotionally loaded, mysterious and mystical. We can sense a vast loneliness and a feeling of being lost.

Are the bodies sneaking into the picture in order to be seen? Or are they, on the contrary, trying to hide? Rather the latter. People seem to disappear – they get lost in the hotel, become part of the furniture, part of history. People and objects intertwine to form cryptic image worlds, the borders between reality and fiction, between what is real and what is a dream or a nightmare become blurred. The claustrophobic narrowness of the rooms and the corridors trigger unsettling and perturbing emotions.

The photographs are picture puzzles; they alternate between intimate but also voyeuristic insights and the criminological investigation of a possible crime. Has somebody been killed in the bathtub? Has the culprit hidden behind the curtain? Or is he even awaiting his victim? Zink does not need artificial light, he is a stranger to opulent staging and settings. At times, his works almost resembles snapshots, just like a photographic paper chase, whereby he incidentally makes discoveries. But the calm and tense pictures also evoke that dark feeling, similar to a pleasant shudder that befalls us during a cinema performance, when we detect the murderer’s shadow even before the victim does. In that sense, some of Zink’s photographic work reminds us of film stills – in particular those scenes with the woman, escaping from something, racing through the corridor and staircase, disguised with coat and sunglasses. Who is this mysterious person and who is she running away from? Is this the same woman that, in other photos, hides her face behind a parasol and a newspaper? The story, the movie is set in motion in the spectator’s mind.

Also Zink’s health resort becomes a stage and a mirror but in this case, the guests have mostly vanished. Our gaze is not drawn to representative hotel rooms but to small chambers – probably also staff rooms – and rather to the rooms themselves than to their residents. The world stage is not the main character, nor the grand gesture or the critical reference to society; instead, it is the silent hint to a painful, personal loss, to absence and loneliness that is put in the centre of interest. Also in this case, just as in the grand works of literature, the hotel becomes an epitome of what is elusive and ephemeral. The health resort has lost its function as a place of recovery, as a place to strengthen body and health. In this run down building, destined for decay and destruction, guests – but also staff – seem like shadows of a time that has passed and faded away. Everything follows its course. There is no stopping decline and decay. 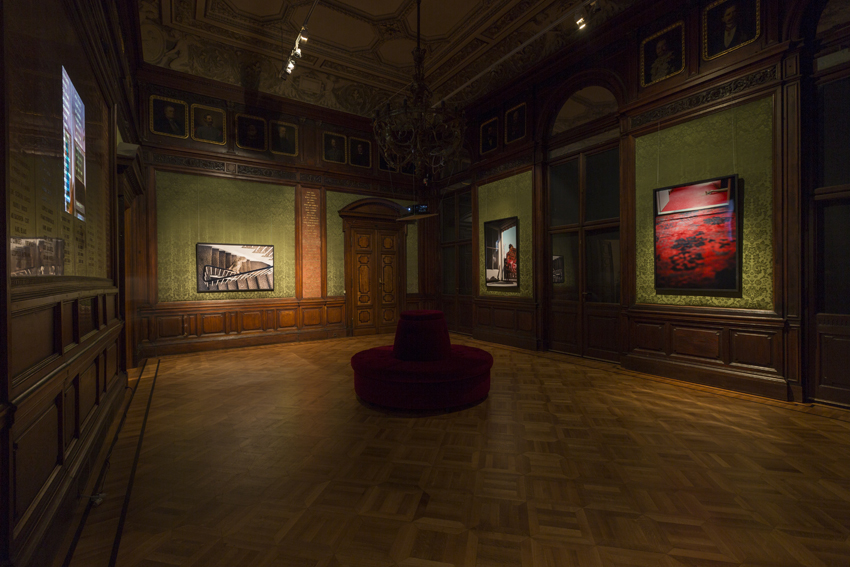 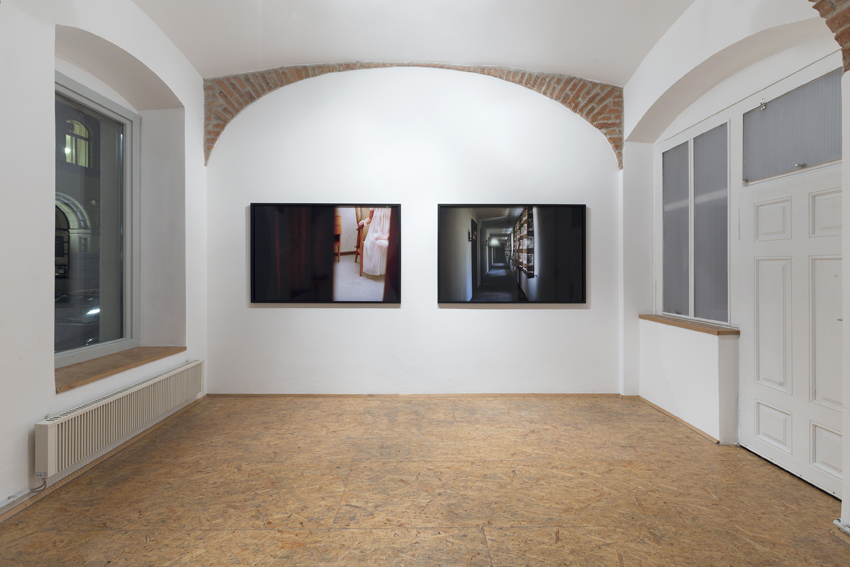 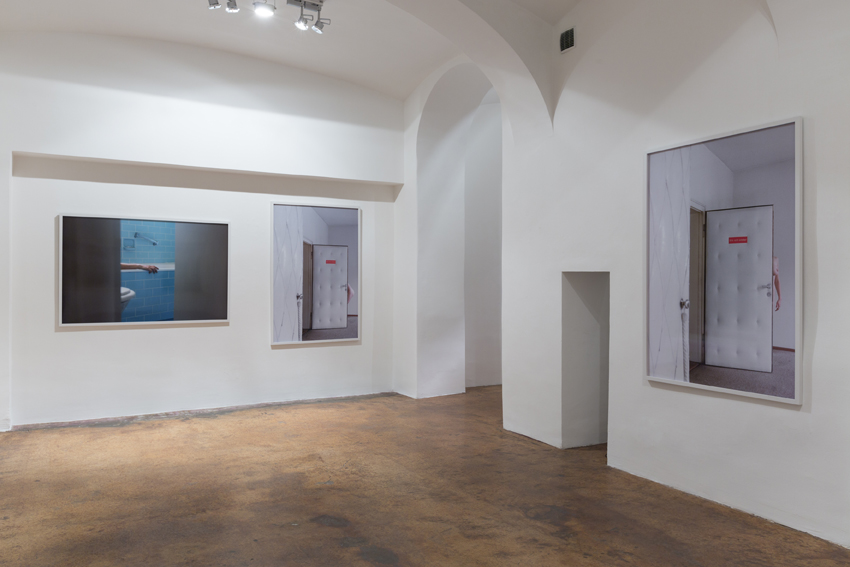 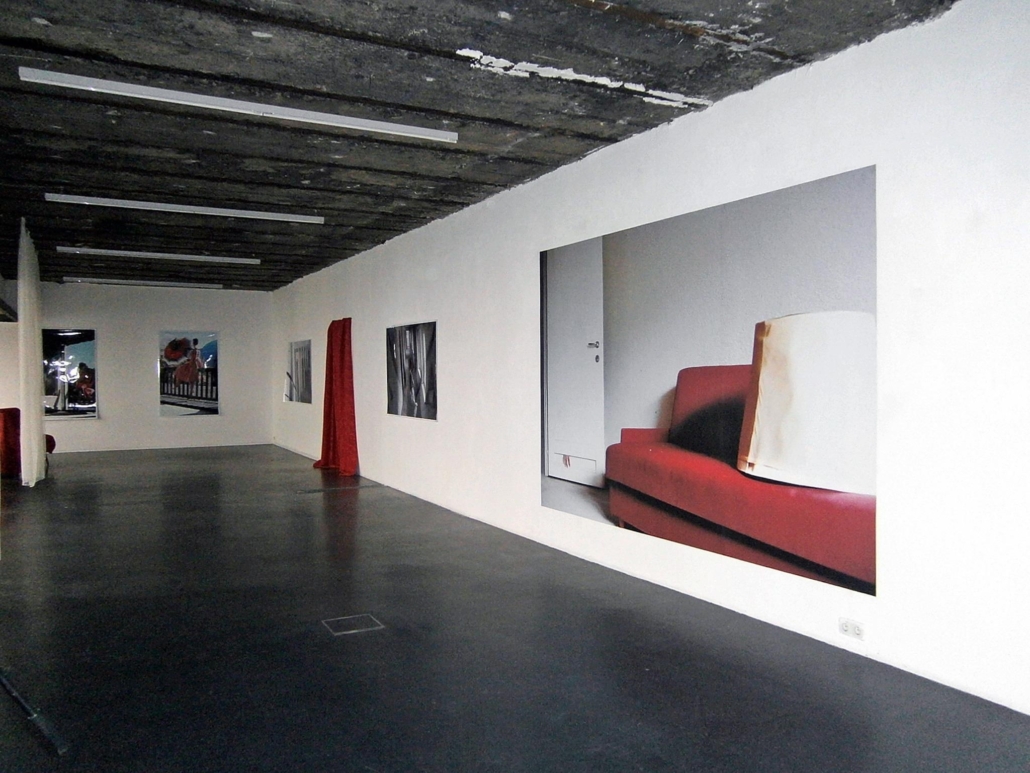