WHEN THE ANIMALS LEFT THE FOREST

The animal humans in Marko Zink’s photographs speak for themselves. And if they weren’t so busy trying to make a living, they could just as well write this text. It would be for the better, because, alas, it is another human who looks at them, albeit with great empathy and, if the animal humans permit, at eye level, also eager to make her own living. (…)

The cartoon whose German version has the same name as this work series begins with some optimism. The animals swear an oath to protect each other, by which they collaborate in their search for a new habitat and don’t eat each other. The German version also includes the song “Gib niemals auf” (Never Give Up). The hackneyed lyrics are a foil to the things the animals experience on their quest for a new home—and we should thank Marko Zink for his unsentimental way of showing the joyless act of waiting in inhospitable places. Loneliness governs the shooting galleries, rusty bridge railings, and benches, and danger is particularly imminent when the canine bitch in her white dress is blinded by headlights. This kind of hardship becomes visible in these photographs.

Marko Zink’s presentation of entirely new works at Künstlerhaus Palais Thurn und Taxis Bregenz (22.01.2022 – 06.03.2022) turns out to be both a happy reunion with and a perfectly staged evolution of themes and motifs that in one way or another run like a thread through the artist’s oeuvre. They’re all there, the subjects and habits we know—or think we know—from his repertoire and have been looking for in his works like junkies seeking drugs: the forest, the animals, the ambiguous activity between showing and hiding, the deeply artificial in the natural world, the lingering between drama and prank, the incongruities that challenge us. The artist, who was born in Gaschurn in the Montafon valley in 1975, chose his favorite forest as the site for parts of his new series “Als die Tiere den Wald verließen” (When the Animals Left the Forest). The forest, an “enchanted place” (Zink) in the Lower Austrian district of Neunkirchen that was planted as a monoculture in the time of Maria Theresia and where forest fires have not been infrequent, has served the artist as a backdrop for many an apocalyptic scene. Again acting as his own model in this series, the artist dons animal masks ranging from dog and rooster to monkey and swan to explore the question of what animals might do for a living if their natural habitat were destroyed. Bereft of their home and forced into gainful employment, the animals move toward the city, where they—beholden to their animal essence—become prostitutes. The photographs’ very close hanging gives the impression of a film reel, which is amplified by the use of corresponding film footage. 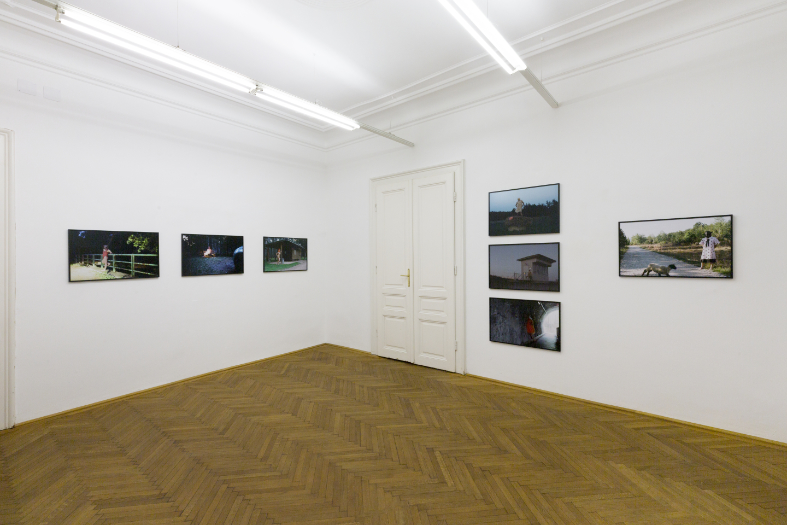 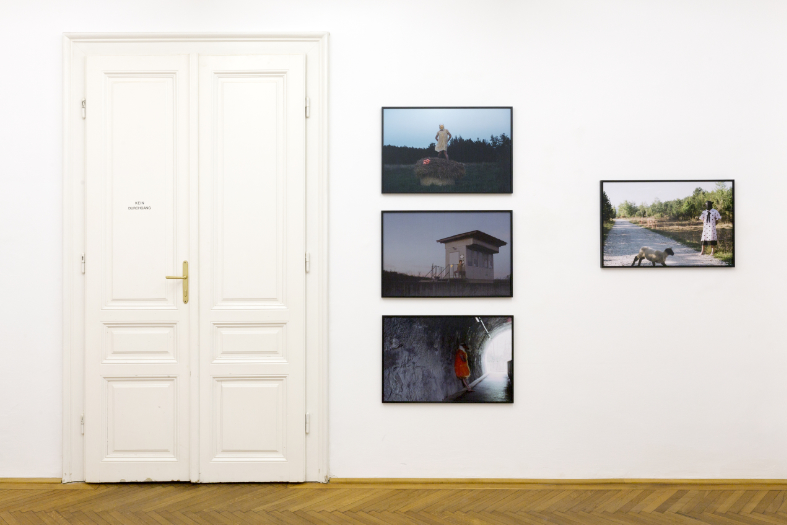 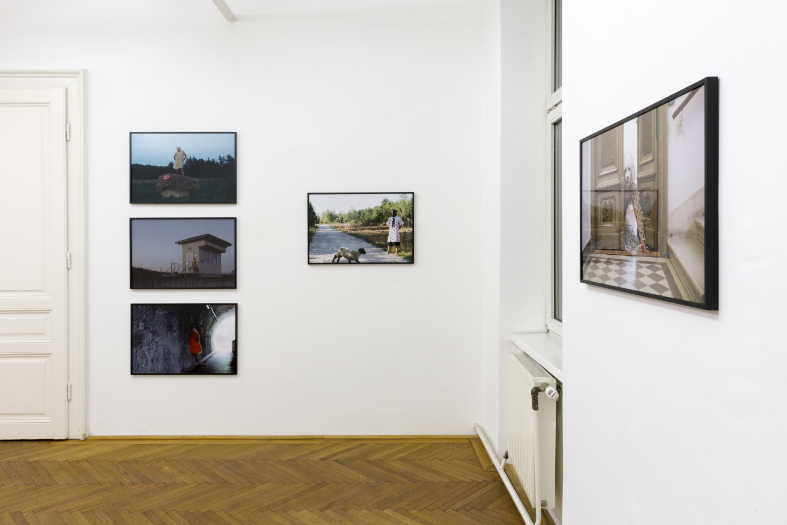 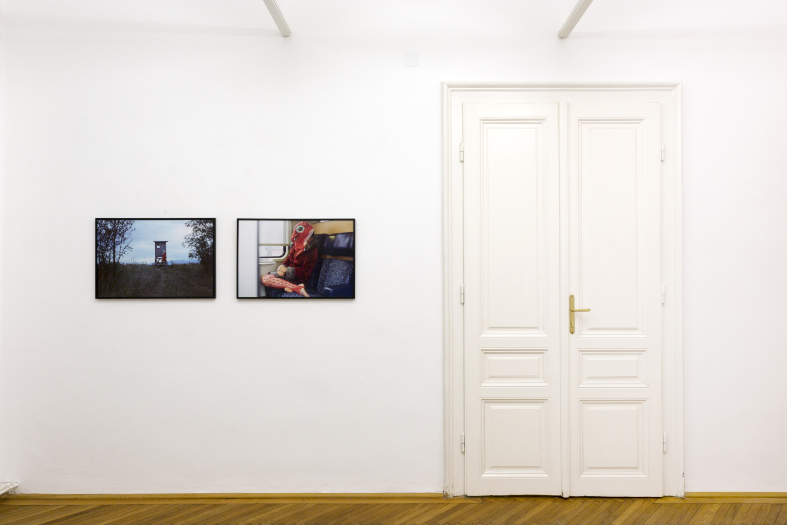 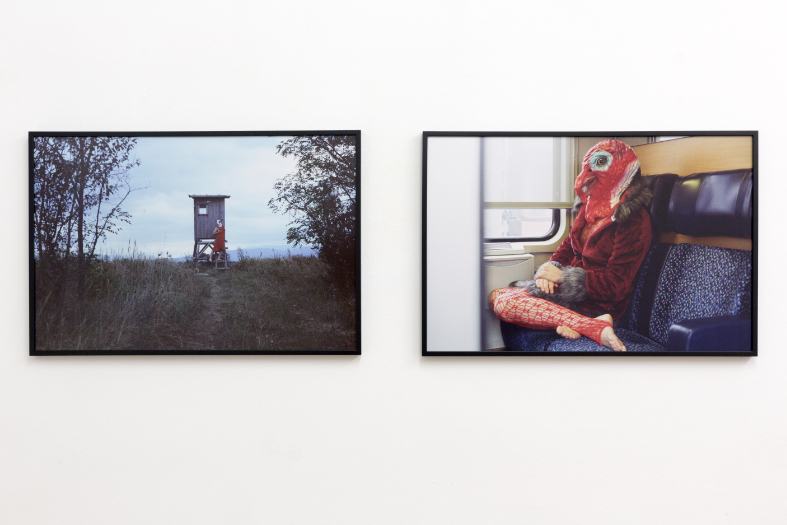 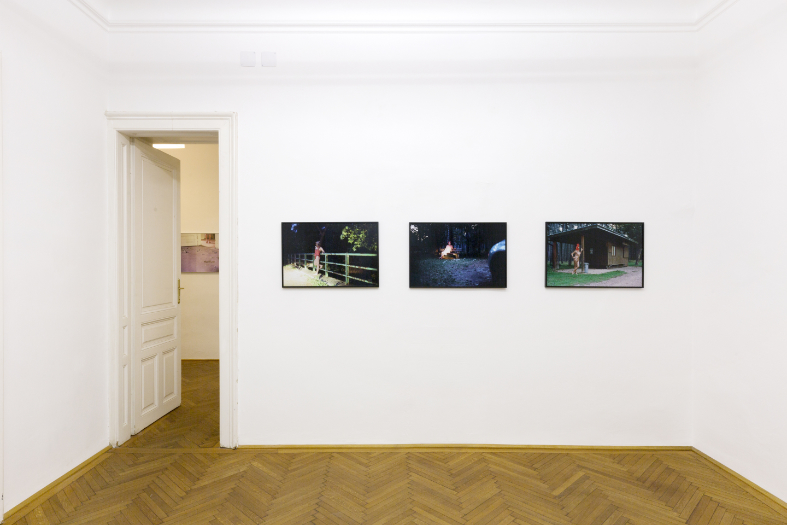 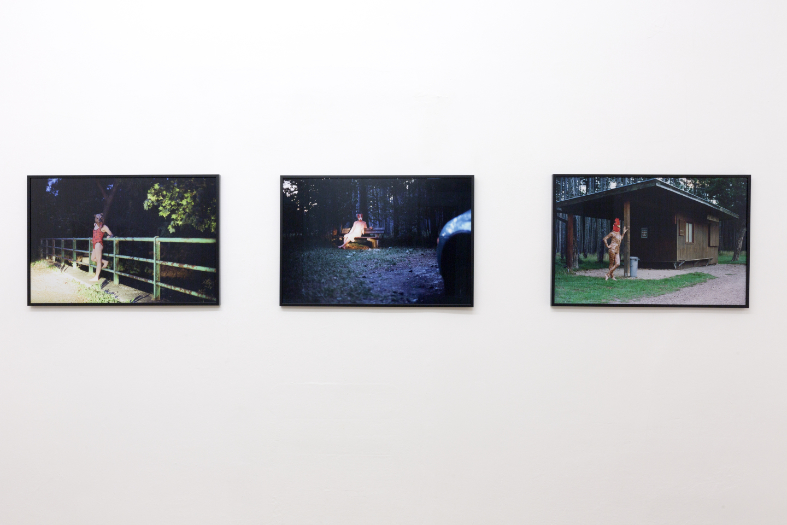 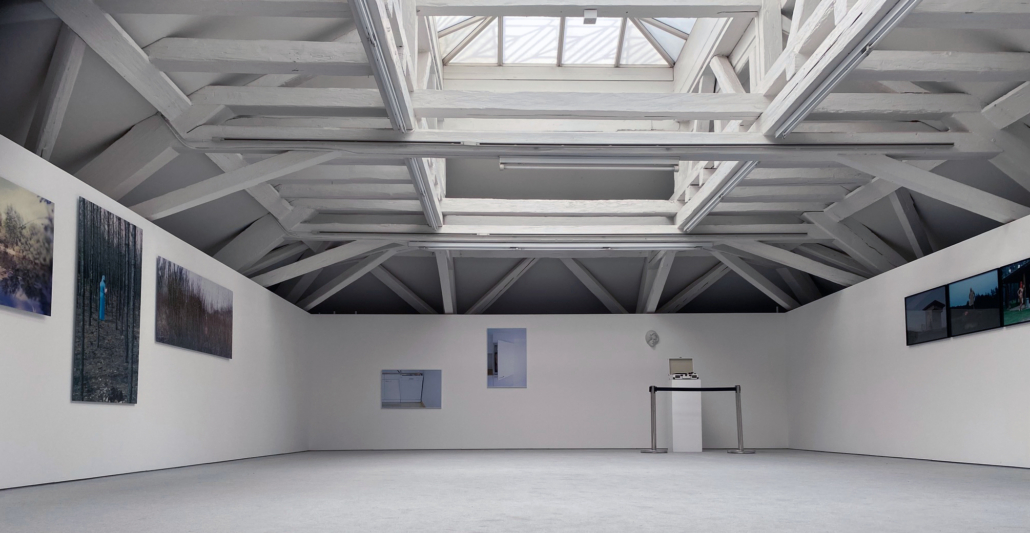 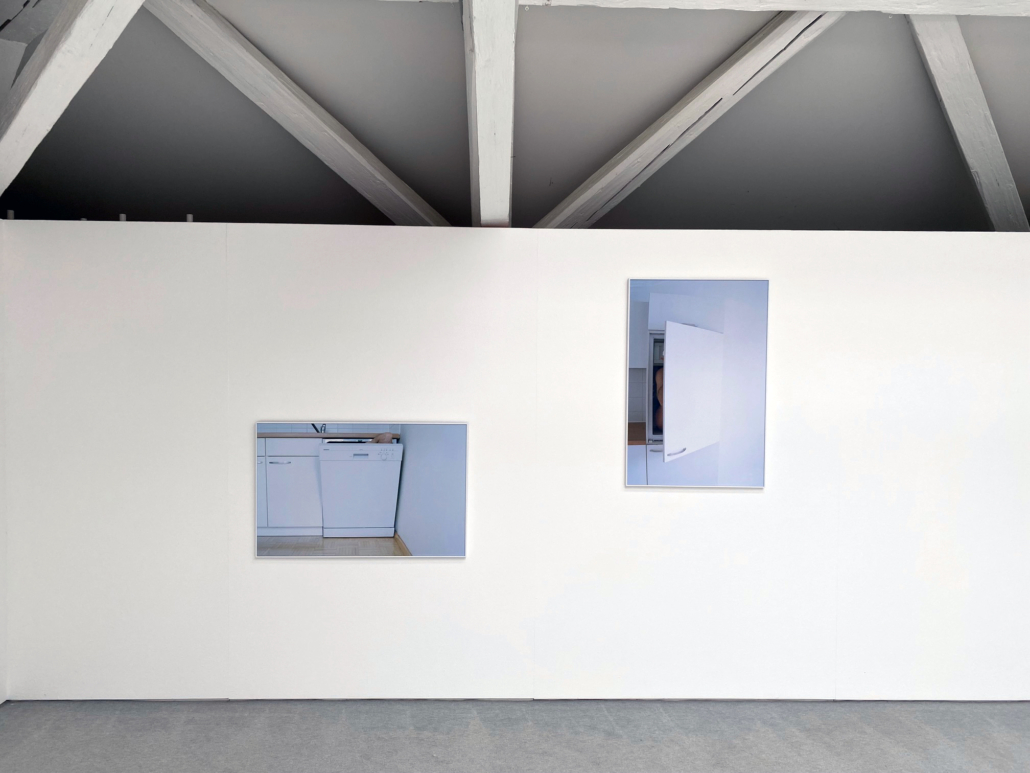 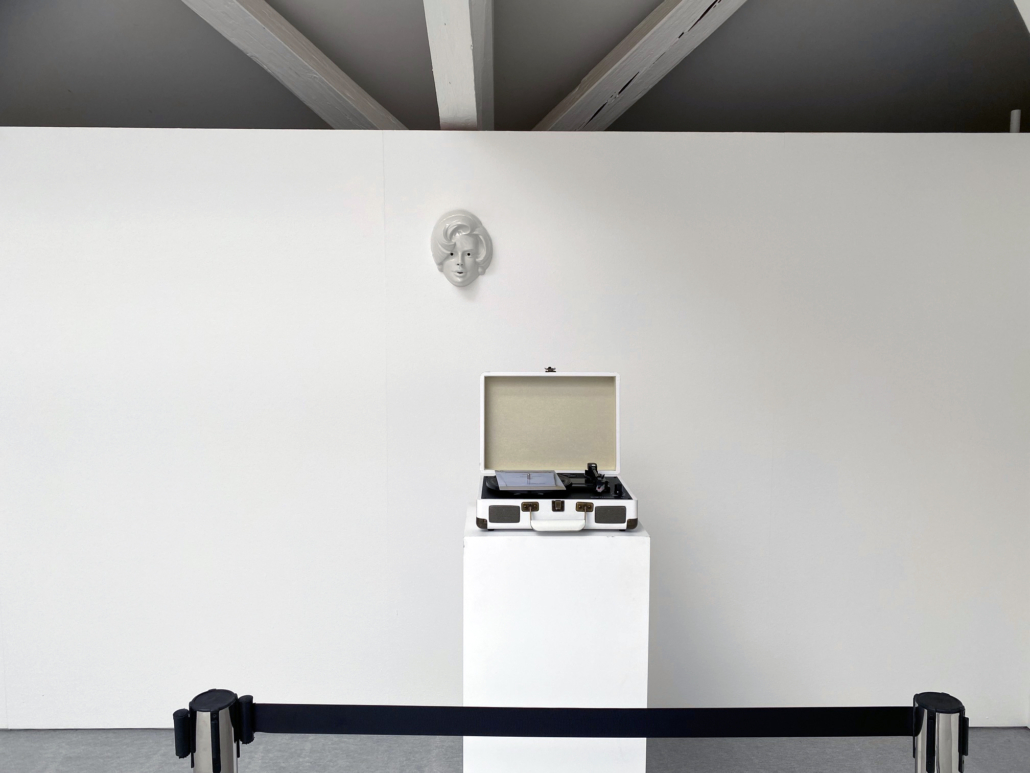